Hope is one of the greatest blessings that Allah has bestowed upon mankind, granting them the safety, security, and courage to face challenges and hardships. Sadly, there are many who commit suicide for being deprived of this boundless grace, and yet there are many who clinch success and overcome many difficulties as a result of their belief in triumph and their reliance on Allah. It is not logical for the farmer to plant a seed in a fertile land without possessing any hope of harvesting fruitful plants. It is also unreasonable for the merchant to invest his money in a project without hoping for the desired profit. Thus, it is not rational for a sick individual to keep sighing and enduring pain for years without hoping for healing and wellness. So, hope is the light that shines at the end of a dark tunnel and it is simply… Life itself! 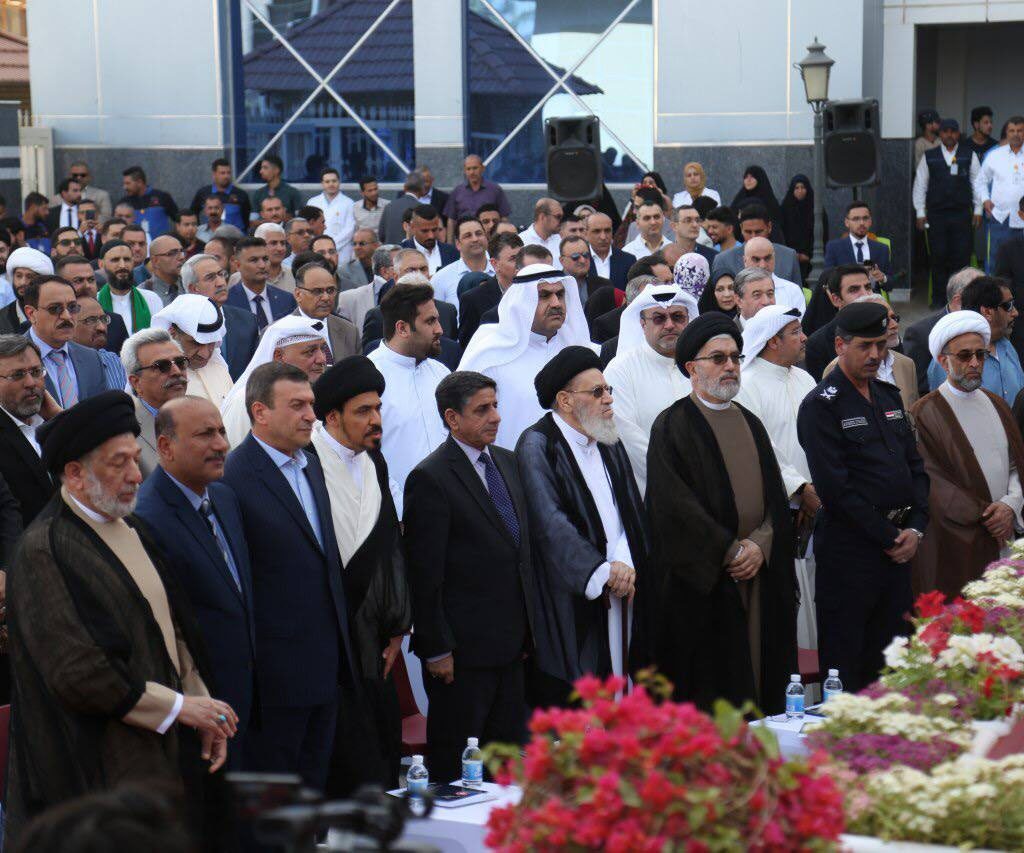 Hence, the journey of hope of Imam Al-Hujjah Hospital started from a barren area with very modest financial capabilities, but it was coupled with a big dream, a strong will and resolve, accompanied by trustworthy hands, to sow the seed of life in this Holy Land.

His Eminence, the founder, dreamt of establishing the hospital since he set foot in his homeland in 2003, after 32 years of exile and vagrancy. He suffered a heart attack that forced him to undergo an open-heart surgery abroad. He vowed that if he is granted a second chance at life he would spare no effort in establishing a charity hospital in which medical services are provided at simple prices and high quality, consistent with human dignity and sanctity.

After the surgery succeeded and His Eminence recovered and returned to practice his religious and humanitarian activities in the Holy City of Karbala, he began planning to build a comprehensive medical facility that meets the healthcare needs of the community in the field of cardiovascular diseases, in addition to other vital fields of medicine, such as orthopedics, ophthalmology, obstetrics and gynecology, and others.

This is how the “Advancing Life and Hope” project started in early 2008.

It has taken years of diligent work to design, establish, construct and furnish this enterprise. In every corner of this building and every inch of it lies a story of yearning and sacrifice. There are those who have lent their helping hands, and those who have dedicated their voice and reputability to build this place. Some have lent their intellect and prudence, and last but not least, there are those who have passionately and generously dedicated their financial contributions to set up this project. All those people were united by their reliance on God, their trust in Him, and their great hope in the completion of this noble project.

The hospital’s logo was chosen to symbolize the important pillars of this project:

1- The blue and red heart at the center of the logo symbolizes the services of cardiovascular medicine.
2- The extended hand of assistance and goodness symbolizes the fundamental objective of the project, which is the humanitarian, non-profit charitable work.
3- The logo is topped by a bright golden dome to symbolize the land of sacrifice, the land of Imam Hussein (AS), adjoining a tall minaret signifying the sublimity of this great service and its significance to Allah, The Almighty, and the people.
The “Advancing Life and Hope” project started bearing fruit on the 26th of Sha’baan in 1439, the 23rd of May, 2017.
With the commencement of the first phase of this noble project, the journey of hope began and it is revived daily with the healing of every patient and with the smile of every distressed person who has tasted the bitterness and cruelty of life.

You can donate for the treatment of underserved patients via: